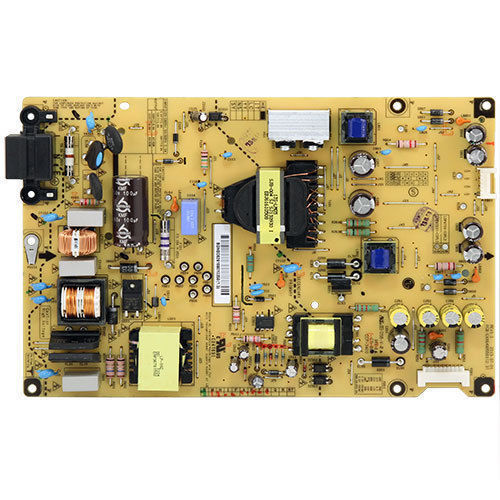 During a maintenance or repair project that involves a television, you can swap out old hardware with any of the part options that are designed for a panel or audio equipment. These components can enhance sound and picture. Youll find solutions for flat-screen units, large units, and projection equipment.

What are the TV board options?

The line between a television and a computer is getting thinner. Because of this, the video components of each are similar and can, in some cases, be interchanged. By using any of the replacement circuit boards for a proper television, you can begin a maintenance or a repair project. Circuit boards work well with the chips that are designed for flat-screen and projection televisions. Inverter boards and power-supply boards can also be used to repair televisions. If you need something that can help you distribute power to various components, an inverter board is worth considering. Power-supply boards benefit technicians during maintenance and repair jobs that involve a minor or major electric problem as these components have hardware thats designed for energy distribution routines.

Many audio products are suitable solutions for televisions that lack efficient sound. You can use multiples speakers to enhance sounds that are produced by a flat-screen or projection television or go with a singular sound bar. If you need to upgrade a television so that the picture matches the enhanced sounds that are blasted out of the speakers, you could replace a damaged or defective screen with a new product.

What are the general component brands?

Television components are designed for different products by LG, Panasonic, and Philips. Youll also find various maintenance solutions with specs for units that are built by brands such as Samsung, Sharp, Sony, and Toshiba. Many flat-screen maintenance and repair components for Vizio TV units and other brands are options as well.

What enhancement options can upgrade a flat-screen television?

If a flat-screen doesnt produce bright, bold pictures, you can possibly resolve this problem by swapping out the backlight. LED lights that lighten a screen are built for flat-screen units that are manufactured by Vizio and other TV suppliers.

An enhancement option for an air circulation problem can help a television operate more efficiency. If a television doesnt manage proper temperatures during demanding situations, a cooling fan could boost air circulation so that the circuit board and power supply will function properly. This is a good option for wall-hung televisions that dont have air flow in the back of the unit.