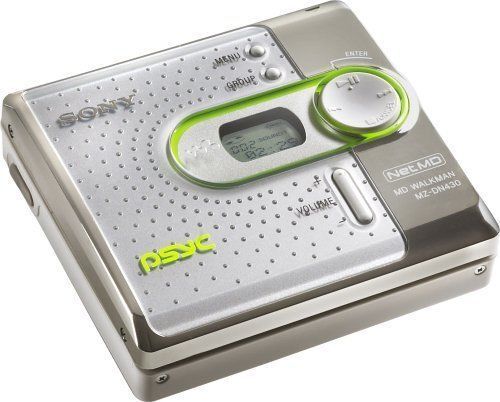 Rocking Out with the Sony Mini Disc Player

It you’re a fan of vintage electronics or Sony mini disc players, eBay has something for you. A disc-based data storage format that offers 74 to 80 minutes of music, the minidisc was sold from 1992 to March 2013. With one gigabyte of digitized audio storage, the minidisc resembles a floppy disk but is not quite as big.

Is the minidisc still available?

Although the minidisc never caught on like the MP3 or compact disk (CD), fans still embrace the technology. Like cassette tapes and vinyl records, minidiscs are still sold on eBay, and they are somewhat of a cross between a CD and a cassette. They have the following specs:

How are minidiscs different from CDs?

Minidiscs have similar digital sound quality to CDs, and they are durable like cassettes. They are, however, more versatile than either. Cassettes allow you to erase and re-record data, and they come with protective cases. CDs have great sound, but they are also susceptible to scratches and less than easy to handle when driving. Minidiscs have the following advantages:

How are minidiscs different from MP3s?

MP3 players are portable, and they have good sound. If you want to change the songs, you have to download the new music through a computer connection every time you change it. If you use a minidisc player, all you need to do is take one minidisc out and put another in. Although you can use memory cards, sticks, or chips with your MP3 player, they cost more than minidiscs. You can buy, for example, 25 to 50 minidiscs for around the same price as a 64MB chip. Especially when traveling, minidiscs allow you to carry a larger collection of audio with less expense. Audiophiles claim that minidiscs have higher sound quality than CDs or MP3s. The difference in quality is not likely to show up on a portable player, but it might on more refined stereo systems at home or in automobiles.

What are some facts about Sony mini disc players?

The minidisc measures 7 x 6.75 x .50 centimeters or 2.75 by 2 21/32 by 3/16 inches. The enclosed disc has a diameter of 64 millimeters. The Sony Corporation says a blank MD can be re-recorded up to one million times, but no one has likely tested this promise. The minidisc could, however, be damaged by equipment failure or physical damage.

Content provided for informational purposes only. eBay is not affiliated with or endorsed by Sony.