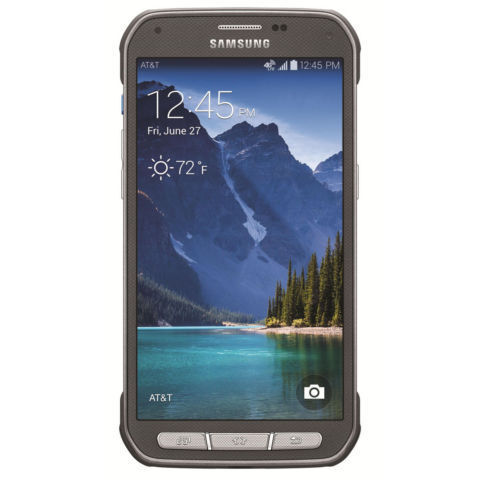 Samsung AT&T cell phones and smartphones are outfitted with the features necessary for a wide range of tasks, from making phone calls to browsing the internet. Each model is designed to work with AT&T as your carrier of choice, either pre-paid, unlocked, or under a yearly plan. These phones also come in an array of colors, including black, white, gold, green, red, silver, and blue.

Which types of Samsung AT&T phones are available?

The main models available include the Samsung Galaxy series of smartphones, particularly the models between Samsung Galaxy S4 and S7. The Note 3, Note 4, and Note 5 devices are also standard smartphones by Samsung. Additional series of phones that you might wish to consider include the Infuse, Nexus, and Rugby series, each model of which comes with its own feature set. Many models come with the Android operating system preinstalled.

Which processors are available on these cell phones and smartphones?

The processor in a smartphone makes a substantial amount of difference in the performance of the device, as larger ones can run more intensive programs. Given the fact that these AT&T devices have a lengthy range in time between when they were initially released, these systems can come equipped with a variety of different units. For instance, the standard processing unit to be housed in these systems is a quad core version, which is identified by the presence of four processing units. Other additional options include models with a single core, dual core, and octa core, the latter of which is notable for consisting of eight processing units. Some of these models are also outfitted with two quad cores, which is similar to an octa core unit with the main difference being that it offloads some processes to one of the quad cores and another to the additional unit, ensuring a balance between the two units.

How much storage is provided with these phones?

When you are selecting a phone, you will be provided with a certain amount of storage where you can keep all of your downloaded files and music. This storage capacity can be as small as 128MB in a Samsung device, but others can start at 16GB of storage, with 32GB also being available. Additional storage options you can select from include 8GB, 64GB, and some models at 128GB.

What are some features of these phones?

These phones come with a varying number of features, including Bluetooth capabilities, wireless internet connectivity, and GPS functionality. Many come pre-loaded with the latest Android operating systems. Fingerprint sensors and touchscreens are available in almost all of these devices, while air gestures, 3G and 4G capabilities, and push-to-talk are also widely available. Some additional features that you can expect depending on the model you choose include dual rear cameras, front-facing cameras, 4K video recording, QWERTY keyboards, and voice-activated dialing.

This Thanksgiving, give your family lots to be thankful for by shopping for everything you need to make the day memorable, such as Samsung AT&T phones, serving dishes, and Thanksgiving decor and other deals.

Content provided for informational purposes only. eBay is not affiliated with or endorsed by AT&T or Samsung.