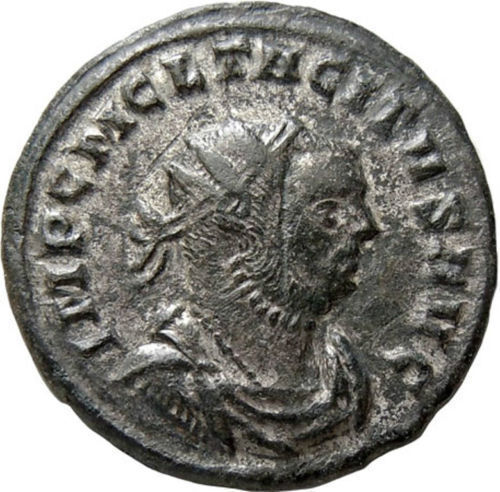 The Roman Empire occupies a significant place in the history of Western civilization, and much of that history is reflected in the coins of the era. Collectible coins of Imperial Rome tell us about the emperors and the economic conditions of their times. This product category includes Roman imperial coins and accessories for collecting them.

How do these coins fit into history?

According to ancient legend, the city of Rome was founded in 753 BC. Century by century, the Republic of Rome expanded its military conquests across the Mediterranean Sea and into Europe and Asia Minor. Due to civil wars and assassinations, in 27 BC, Rome became an empire.

The Roman Empire eventually split into two geographic regions. The Western Empire, which controlled Europe and the Western Mediterranean, collapsed when Rome was overrun by barbarian invasions in 476 AD.

The coinage in this product category is from the Western Roman Empire for the duration of its existence, from 27 BC to 476 AD.

The mints of Rome were primitive compared to updated mints. Coins from the Imperial Rome period have uneven perimeters and thicknesses, and the image impressions may have been struck off-center. Because of their age (1,500 years or more), they are frequently worn and may be stained from years of being buried or stored in unfavorable conditions.

As the power of the Roman Empire began to decline, the emperors of Rome would supplement the imperial treasury by reducing the content of the valuable metals in the coinage. Thus, depending on the period, silver content in coinage with the same face value can vary from pure silver down to just 2%.

What were the denominations of Roman money?

The most common silver coinage in the age of Imperial Rome was the denarius, which originally contained four grams of silver. At certain points in history during which it was minted, the silver content was reduced to only 3.5 grams, and even less when emperors had it alloyed with copper. There was also a double-denarius, called the antoninianus, and a half-denarius, called the quinarius.

The sestertius was also made from silver, and it took four of them to equal a denarius. The Roman Empire issued several types of bronze coinage, including the as and dupondius. The as was half the value of a dupondius, and eight dupondii equaled one denarius. The aureus was made of gold and valued at 25 pure silver denarii.

Note that metal content would change over time. The as started as bronze but was later issued by the mints in copper. The sestertius was initially made of silver, but eventually was minted in bronze.