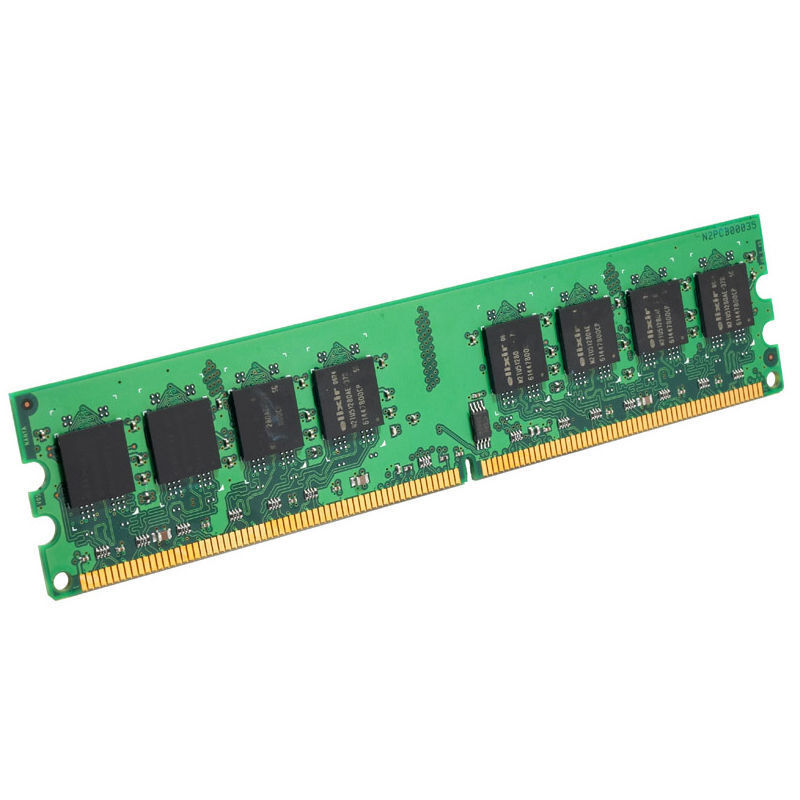 RAM, or random-access memory, is the part of the computer that temporarily holds all open programs and files. As the amount of RAM increases, you can have more programs open at the same time. These particular memory modules hold 2 GB of data.

How does DDR2 memory function?

DDR stands for double data rate. As the name implies, DDR memory transmits data twice per clock cycle, essentially doubling the data transfer rate of the memory. DDR2, which was initially launched in 2003, is the second generation of DDR technology. It doubles the data rate again compared to DDR1 memory through a complex process of halving the internal clock speed compared to the speed of the external interface. In effect, DDR2 can transfer data four times per clock cycle.

These are two names for the same type of DDR2 RAM, but they are measuring slightly different characteristics. Here are the main factors you need to consider:

What is the typical pin count of DDR2 memory?

To determine the right pin count, decide what type of memory you need. There are two types of RAM: DIMMs, or dual in-line memory modules, and SO-DIMMs, or small-outline dual in-line memory modules. The typical DDR2 DIMMs, which are generally designed for desktop computers, have 240 pins. DDR SO-DIMMs, which are approximately half the size of regular DIMMs, have 200 pins. These are designed for laptops and notebooks.

What factors affect the compatibility of different memory?