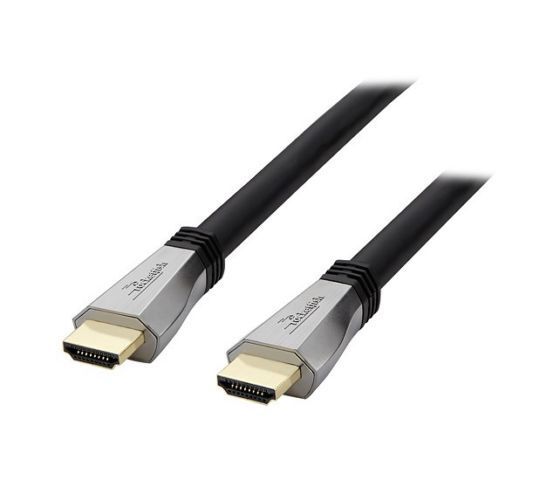 HDMI also known as "High-Definition Multimedia Interface" is a type of digital interface that delivers uncompressed audio and video information between a source and a display. You can use these cables and adapters to connect televisions, monitors, projectors, and more to a video source. You can find affordable HDMI cable here on eBay.

How do you choose the right HDMI cable?

That depends on the type of audio and video you are trying to transmit. There are several different versions of HDMI, each with its own transmission capacity. All versions of HDMI are compatible with each other, but it might not transmit at the intended resolution and refresh rate unless the video source matches up with the bandwidth of the cable.

Are there different types of HDMI interfaces?

Yes, there are five different standards, four of which are in use. The Type A interface is found in most televisions and monitors. It is typically just referred to as "HDMI." Type C and D are known as "mini" and "micro" HDMI, respectively. They are sometimes used in portable devices. Type E is designed for automotive systems. It has a locking table to prevent the cable from coming loose. The interfaces are physically different but may work together with the use of an adapter.

What is the maximum possible length of an HDMI cable?

Although no maximum length has been set, the standard HDMI cable can reach 50 feet or approximately 15 meters before the quality of the signal starts to degrade. It is possible to double the length with the use of cable boosters, and you can extend it even further with networking cables.