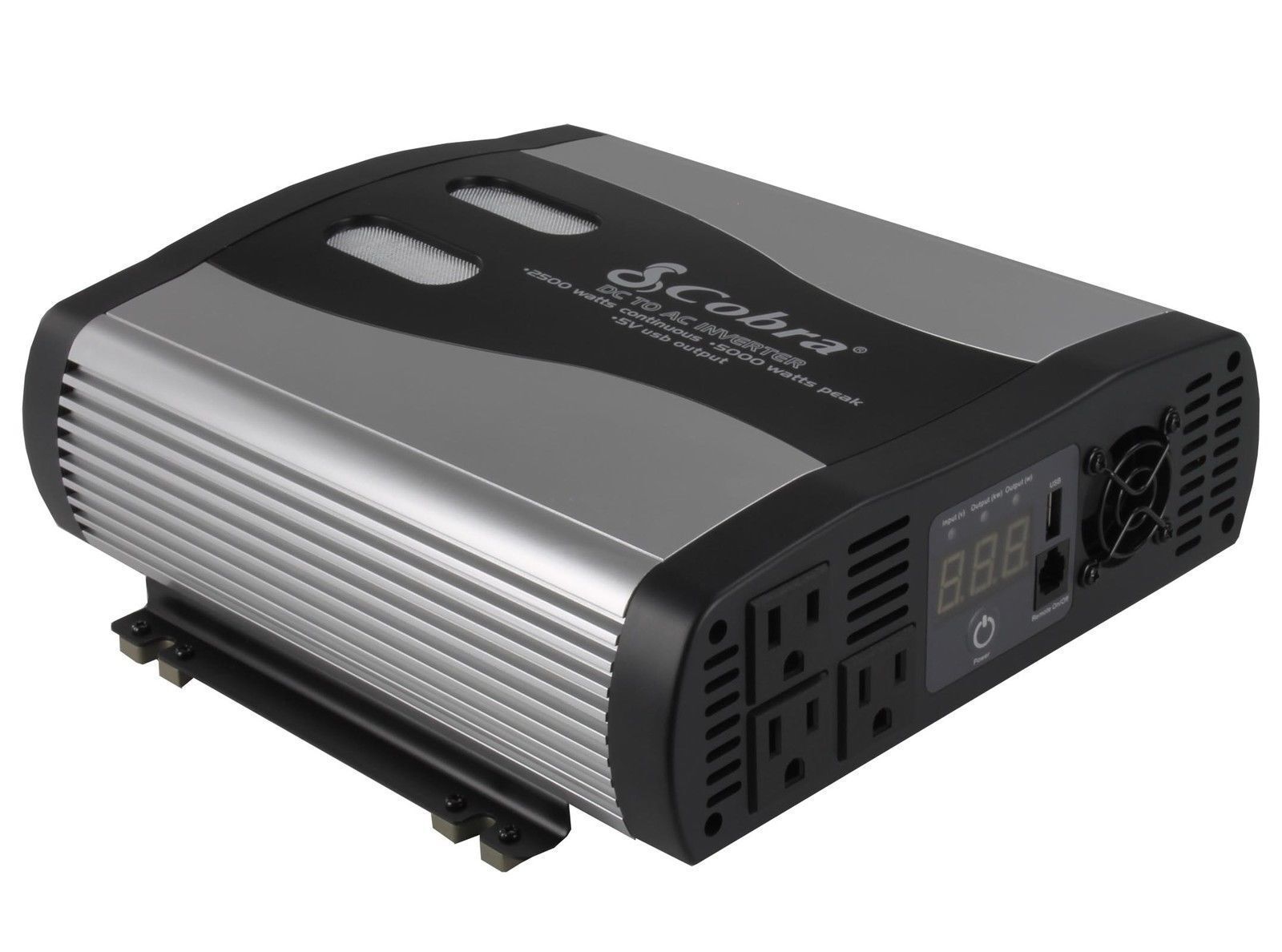 An AC power inverter can be a lifesaver when used in your car or truck. These handy adapters plug into your cigarette lighter and invert power from DC to AC, allowing you to run plug-in items off of your battery. There is a wide variety of different inverters available, from your run-of-the-mill 150-watt gadget charger to behemoth converters capable of running up to 6,000 watts.

How does a truck power inverter work?

An inverter is a type of adapter that uses an electromagnetic switch to rapidly reverse the direction of an electrical current. This effectively changes an electrical system from DC (direct current) to AC (alternating current). Since small-scale power generators like truck batteries invariably run off of DC power, and almost all electronic devices run on AC, having one of these devices is a must for long-distance truckers for charging cell phones and other equipment.

How many watts can a car power inverter produce?

Some models can draw up to 6,000 watts of power through your cigarette lighter. You’ll want to make sure that your DC generator can handle that level of flow before plugging in, though. Some converters are meant only for deep-cycle batteries that can store a great deal more electricity than auto batteries. Most power inverters have a maximum power draw of 1,500-3,000 watts and have LED displays so you can view your current power consumption.

Can a power inverter be used with the engine off?

Yes, but only for a short period of time. A car or truck battery is charged by the operation of the engine, so if your engine isn���t running, you only have a limited amount of time before the electronics plugged into your cigarette lighter drain your DC generator. It’s recommended that AC adapters only be used while the engine is running, and they should be unplugged from the cigarette lighter after use.

Can an inverter be used to charge USB devices?

Yes. Some inexpensive power inverters simply consist of a cigarette-lighter insert with a single USB port on the end. Even higher-end models often feature one or two charging ports in addition to normal AC plugs. No matter what type of converter you choose to stick in your lighter, USB charging is guaranteed as long as your gadget doesn’t exceed the maximum watts.

Can an inverter be used to run a microwave?

These appliances are ranked among the more electricity-hungry. That said, if your DC adapter is up to snuff, no electricity drain should be too great. Before trying to run a high-energy gadget off of a DC generator, however, make sure that your battery is fully charged and your power converter can handle the maximum watts listed on your microwave (usually in view on the bottom). Failure to do so can impact your appliance or inverter.