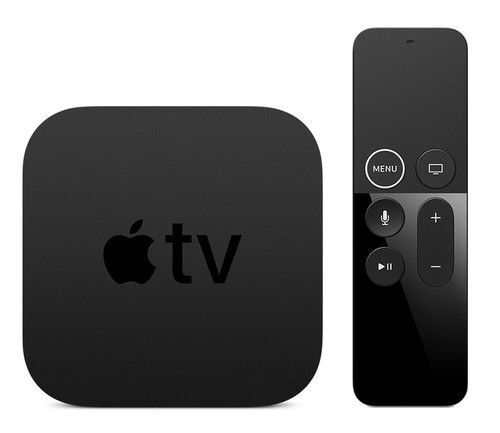 The Apple TV 4K is a digital media player which streams online content over the Internet, through Wi-Fi or Ethernet. It is the fifth device in the series but the first to output video at a full 4K resolution. Available new and used on eBay, the Apple TV 4K media player is equipped with the wireless Apple Siri Remote.

What is 4K resolution?

Resolution describes the total number of pixels which forms the image on the screen. The 4K resolution, also known as 2160p, is a video format which contains 3,840 horizontal pixels and 2,160 vertical pixels for a total number of approximately eight million pixels (each pixel represents a tiny dot on the screen). This results in an image with more detail and clarity. However, you will need a 4K-resolution television set or monitor, as well as access to 4K-resolution content, to take advantage of this extra detail.

What are some new features of the Apple TV 4K?

The versatile Apple TV 4K player brings back most of the same video streaming and audio streaming features from the previous generations. That means you still have access to iTunes and various streaming services such as Netflix, Amazon Prime Video, YouTube, Pandora Music, HBO Now, ESPN, etc. It also allows you to display media from your personal library on the television screen. In addition to these basic features, you can purchase an inexpensive Apple TV 4K with the following:

Can the Apple TV 4K connect with other Apple devices?

Yes, you can connect with external devices through the Wi-Fi or Bluetooth 5.0 signals. External peripherals such as a game controller or a keyboard will connect directly through Bluetooth. In addition, you can cast or mirror content from a mobile iOS device or a Mac computer by using either Wi-Fi or Bluetooth.

Content provided for informational purposes only. eBay is not affiliated with or endorsed by Apple.